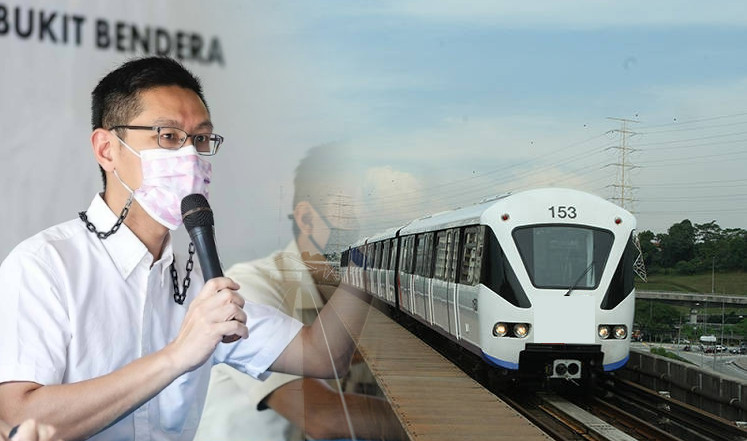 The Penang state government will issue a request for proposal (RFP) by the third quarter of this year for the implementation of its Bayan Lepas Light Rail Transit (LRT) scheme.
State infrastructure and traffic committee chairman Zairil Khir Johari said the state would invite experienced private companies to participate in the process.
“The state government will appoint the most suitable company to implement this component of the LRT project,” he told the state legislative assembly today when answering an oral question by A. Kumaresan (PKR – Batu Uban).
He said the state is now starting the pre-qualification process for the Bayan Lepas LRT scheme to identify qualified companies that are interested in implementing the project.
“The pre-qualification process is expected to start by the second quarter of this year while the RFP will be called by the third quarter,” he said.
He said interested companies will need to submit proposals on the technical aspects of the project along with a funding model to implement it.
“For example, the bidder will need to propose a recoupment method such as land swap, advertisement revenue and farebox revenue,” he said.
He said typically, public transport projects such as LRT would be funded by the federal government.
“Therefore, other than using the RFP process, the state is continuing to apply for funding from the federal government under the third rolling plan of the 12th Malaysian Plan,” he said.
Kumaresan then asked for contingencies in the event Putrajaya declines to finance the LRT project.
Zairil said the state will not rely fully on federal funding even though the state had consistently applied for this.
“We will continue with this project by other means possible, including through RFP,” he said.
The Bayan Lepas LRT scheme has received approvals from main technical agencies including from the Department of Environment and PLANMalaysia.
The project is now in the process of submitting an Environmental Impact Assessment (EIA) report for the LRT alignment in Penang South Reclamation (PSR) project including a LRT depot on Island A of PSR.
Zairil said the LRT depot is the main component for the Bayan Lepas LRT scheme.
“The Land Public Transport Agency will give its final approval to the Bayan Lepas LRT scheme after the EIA approval is obtained,” he said.
The Bayan Lepas LRT scheme is a main component of the Penang Transport Master Plan and it is a long-term plan to resolve traffic congestion issues on the island, he said.
He said a public feedback exercise held between August and November 2019 revealed that the project obtained 97.7 per cent support from 22,678 respondents.
“So, the state government is committed to implement the LRT project for the sake of the people’s future,” he said.
Source: MalayMail.com

Join our Telegram Channel now to receive instant update on Penang latest projects and property news
comfort or not?
I think 3 years later still the same la.
These guys maybe come from alternate multiverse, announce here with all the talkings then implement the actual project in another multiverse.
LRT remain a talking topic for penang ppl to syiok only
Ah, an orphanage state is telling people……Not everyone can be an orphan ?