The last day to submit the bids is June 17, 2022. Bids will be opened on the same day.
Bidders must pay a non-refundable bidding document cost of ₹25,000 (~$322). The earnest money deposit (EMD) to be submitted by bidders for cities and categories of charging stations is mentioned below: 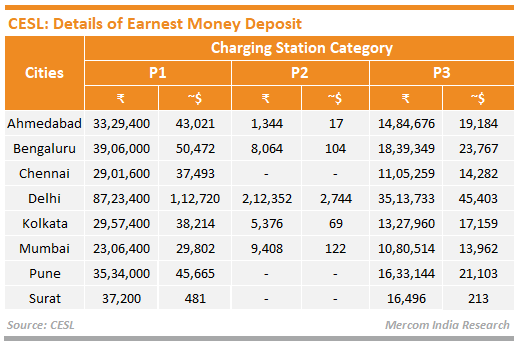 Arjun Joshi is a staff reporter at Mercom India. Before joining Mercom, he worked as a technical writer for enterprise resource software companies based in India and abroad. He holds a bachelor’s degree in Journalism, Psychology, and Optional English from Garden City University, Bangalore. More articles from Arjun Joshi.